Shadow Kings is a mobile strategy game Goodgame Studios published by the end of 2014.

Our main goal was to deliver a fantasy spin to the Goodgame Empire: Four Kingdoms formula.

Mobile & Browser version were created simultaneously and assets so layouts needed to work on both platforms.

The game was created in Flash so a lot of the icons were done in Illustrator and later also in Photoshop.

I joined a team of UI Artists and UX Designers and had the task to work on screen layouts and visual elements such as icons and buttons.

Additionally I worked on automating the art pipeline to ensure fast exportability of art assets. For this I worked closely with the tech artists and concept artists to establish a unified art setup across the departments so export and integration of assets could be automated.

By the end of the project I had the opportunity to contribute 2D animations for buildings as well as contribute to working on the game logo and mobile app icon of the game. 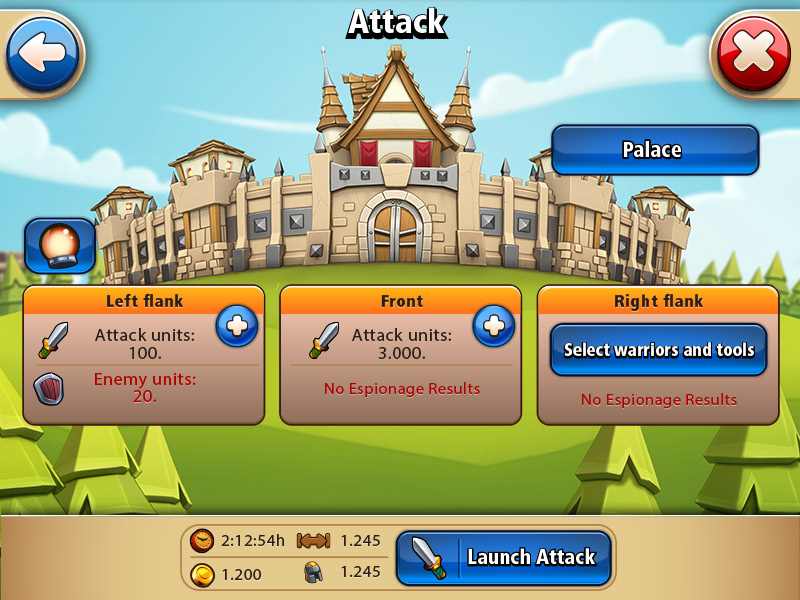